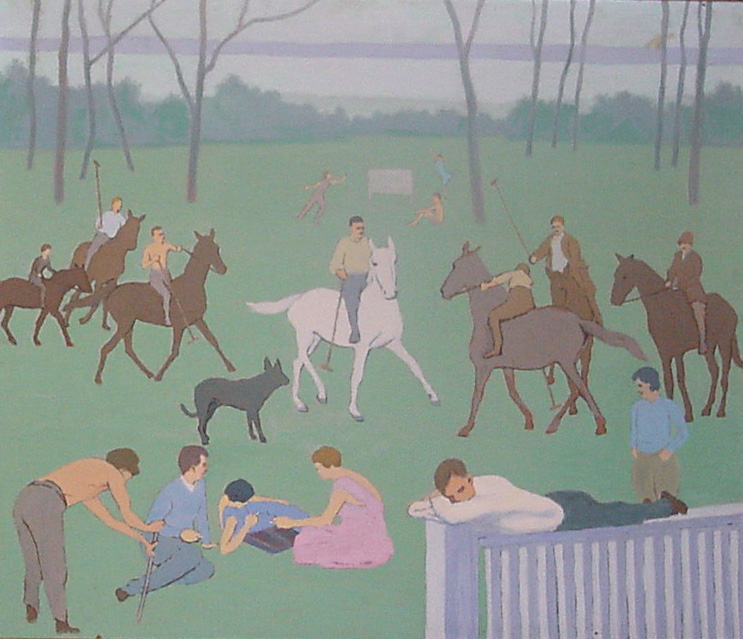 The life and legacy of Alice Ferguson is the subject of an exhibition at the Stanford in Washington Art Gallery now through August 30, 2015. “Hard Bargain Farm” illuminates the life and times of Alice Lescinska Lowe Ferguson (1880-1951) and Henry Gardiner Ferguson (1882-1966) at their farm and country home in Accokeek, Maryland. Alice Ferguson was a dynamic, creative artist who trained as a painter at the Corcoran School of Art in Washington, D.C. She belonged to the Society of Washington Artists, the Washington Arts Club, and participated in the Corcoran’s prestigious Biennial Exhibition of Contemporary American Paintings, in addition to exhibiting in other cities, such as New Orleans and New York City.

“This collection of paintings and artifacts provides a revealing glimpse into life at Hard Bargain Farm,” explains Alice Ferguson Foundation Executive Director, Lori Arguelles. “Alice Ferguson was extraordinary in many ways.  Art for her was not a goal to be arrived at, but a way of life. She produced an impressive array of paintings, designed and oversaw the construction of the farmhouse at Hard Bargain Farm, and managed the working farm, which is still operating today.

The farm, purchased by the Fergusons in 1922, was intended as a weekend and summer retreat. It became a place that would change the course of Alice’s life, transforming it into a unique, remarkable environment that is still alive with the mark of her creative touch. Many of Alice’s paintings adorn the walls of the farmhouse, which now houses AFF staff.

The Alice Ferguson Foundation, founded in 1954, is devoted to connecting people to the natural world, sustainable agricultural practices and the cultural heritage of their local watershed through education, stewardship and advocacy.

The exhibit will be on view through August 30th at The Sant Building at Stanford in Washington, located at 2655 Connecticut Avenue, NW, Washington, D.C.. The Gallery is open Monday through Friday from 9AM to 7PM, Saturday and Sunday from 12PM to 6PM.